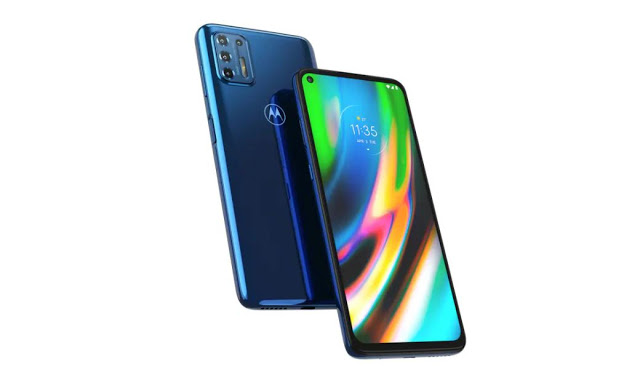 New Moto G9 Plus has launched with a 5,000mAh Battery, Snapdragon 730G SoC, and with many other interesting features. There are so many rumours regarding its features, camera, price, details but all information is now officially launched.

It is the third and largest smartphone after the Moto G9 smartphone in the Moto G9 series. The new Moto G9 is official launched in Brazil only and expected to launch in other markets soon.

The smartphone is powered by Qualcomm’s Snapdragon 730G Processor with up to 4GB of RAM and 128GB Storage. it has a 6.8-inch FHD+ punch-hole display with a single camera at the front side. At the back, you’ll see a quad-camera setup which is 64MP primary camera, 8MP ultra-wide-angle shooter, 2MP macro camera, 2MP depth sensor. You’ll also get a 30W turbo fast charger to charge a massive 5000mAh battery in just 60 mins.

Along with that, it also has some basic features like Bluetooth v5, Wi-Fi 802.11 ac, GPS, USB Type-C and a 3.5mm audio jack. Apart from this, the company is also providing NFC in this device to their customer which is not providing by most of the smartphone companies even in their flagship phones.