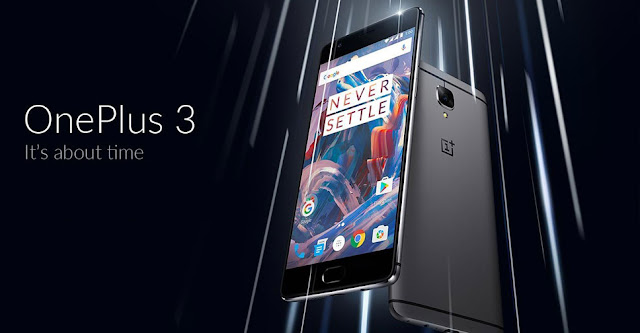 OnePlus 3
Each OnePlus phone to date has offered a marked improvement on what has gone before. The original OnePlus One was an all-plastic affair, with a somewhat strange “sandstone” finish. The OnePlus 2 enhanced the body with metal sides, but retained the plastic rear.
The OnePlus 3 offers an upgrade once again, this time by way of a metal and glass design. It’s available in “Graphite” – a muted grey – and its 7.4mm-thick aluminium frame makes this handset a delight to both look at and hold.
A 5.5-inch phone may still not be for everyone, but the OnePlus 3 is among the more manageable phones with such a screen size. The finish is excellent too: the aluminium rear is anodised sports the same type of non-shiny look you’ll find on an iPhone. 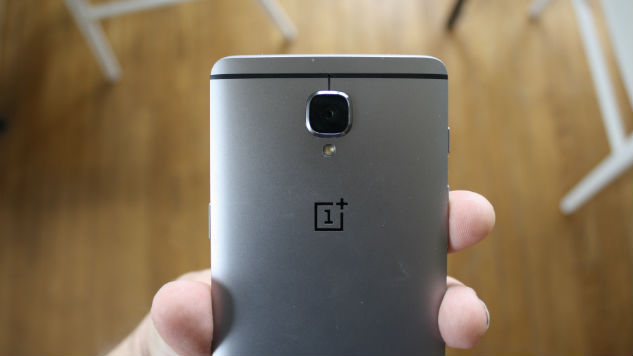 I’ve always been a fan of the quirky, instantly recognisable design of the previous OnePlus phones, but have met plenty of folk who weren’t. Those people will be happy to discover that the OnePlus 3 has a far more conventional appearance.

The OnePlus 3 is plainer and prettier than its predecessors, but its quirks remain; they’ve just been relocated. It’s possible to buy super-skinny rear covers with the classic OnePlus sandstone finish, a few different wood finishes or one with a carbon-fibre look. These aren’t ultra-rugged cases, but will protect the aluminium frame from scratches, without adding bulk to the phone. 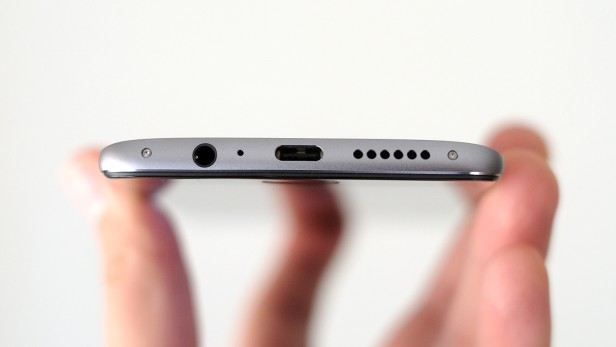 As is the case with an iPhone, it almost seems a shame to cover up the OnePlus 3’s bare metal. The OnePlus 3 is similar to HTC’s One-series phones but slimmer and no less attractive.
Like the OnePlus 2, this phone has no memory card slot. This time round, however, it isn’t a ploy to make the expensive versions of the phone more attractive. The OnePlus 2 model was available in 16GB and 64GB versions; there’s only one OnePlus 3 and it has 64GB of storage.
For some context, the 32GB Samsung Galaxy S7 Edge costs ₹50,899 SIM-free, and the iPhone 6S Plus will set you back ₹55,990. The OnePlus 3 is half the price of these phones and, as we’ll see, the hardware is directly comparable in several areas. 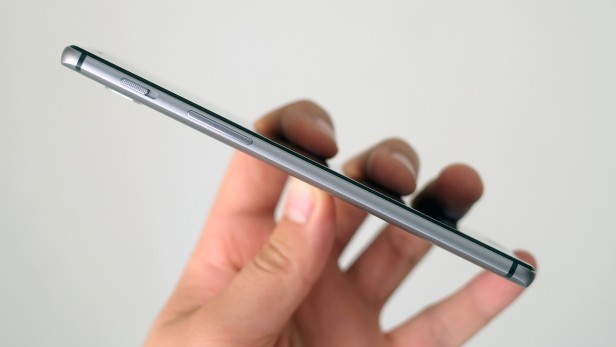 The OnePlus range is also more accessible than ever before. The OnePlus 3 can simply be ordered online at the OnePlus website – stock allowing – where in the past you had to wait for an invite to buy. In addition, unlike the OnePlus 2, the OnePlus 3 features NFC technology.
This was omitted from the spec in the past, seen as not important enough to warrant the additional cost. However, with the launch of Android Pay, OnePlus has relented. And the move doesn’t appear to have significantly impacted the price. 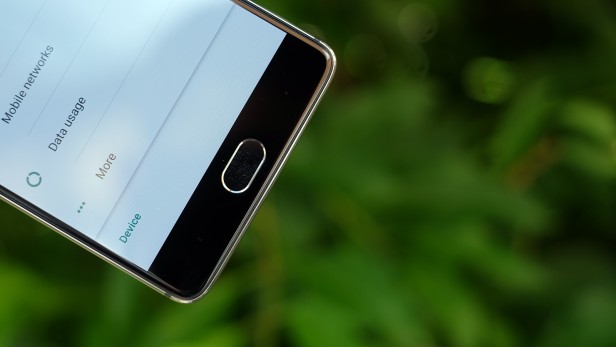 The OnePlus 3 also has a great fingerprint scanner, which is located in the same position as it is on the OnePlus 2. It’s a non-clicky pad that sits below the screen.
It works whether or not the display is on, and is super-fast. It’s possible to use it as a “Home” soft key, either on-screen or via the physical ones below the screen. The hardware back and “apps” soft keys are marked with tiny white LED dots, rather than full-on icons. This is because you can flip them around too.