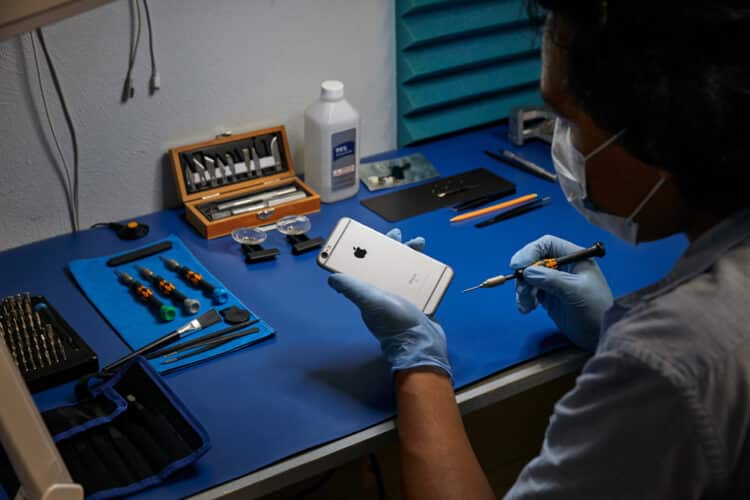 Gadgets from Apple especially iPhones and Macs are highly sophisticated and costly. The cost of repairing such devices can cause a serious headache. Now Apple has given relief to millions of iPhones and Mac users around the world by allowing Right To Repair. Basically, it means a user can now repair an Apple device by itself. It will benefit iPhone and Mac users both financially and mentally. It will also affect the life of the device positively.

What is Right To Repair?

Apple gadgets, especially iPhones and Macs are designed with high-end technology. They have highly sophisticated parts & and they are difficult to repair from a third-party repair shop. Also, the company’s genuine parts and tools are not easily available. So without proper tools and parts, most of the technicians or third-party repair service providers aren’t capable of repairing such devices.

In such cases, users have to take their phones to the company’s service center, where they have to pay a lot. They have only two chances either to replace the phone or pay a huge amount for repairs.

So Right To Repair basically allows users to repair anywhere. For that, companies have to design their product in such a way that their product can be repaired via a third party. Also, this pushes companies to provide genuine parts and tools in the market. Moreover, they have to provide other repair-related information in the public domain. This will help a lot of skilled technicians to repair the devices. After ‘Right To Repair’, an individual can repair some minor defaults in their smartphones on their own.

Apple’s decision to allow ‘Right To Repair’ will benefit the user financially and will increase the longevity of devices. Apple has said that it will soon start giving repairing guides, tools, parts, and manuals to the users for their latest smartphones. This will help users to manually repair the display, battery, and camera, etc. on their own. For spare parts and tools, users have to visit the Apple store or service center, as those parts will only be provided by Apple. All we can say is it is one of the historic decisions from a global tech giant, and it will encourage other companies also to allow such service.

Apple Has Launched A New Amazing Feature With IOS 14 Update

Pixel 4a: Google’s Most Delightful Phone of 2020 – Barely Blue