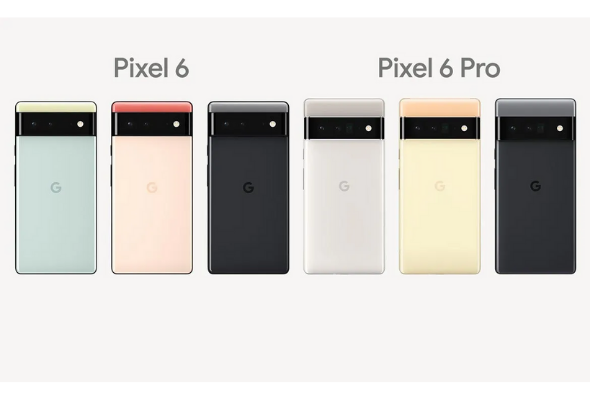 With their “made in Google” processor, a very original design (which will please or not!) And interesting technical characteristics, the new Pixel 6 and Pixel 6 Pro is not lacking in originality. They are also offered at reasonable prices …

Since, the leaks concerning the Google smartphones of this end of the year, the Pixel 6 and Pixel 6 Pro are legion. The two new models are officially unveiled. Let’s take stock of the prices and their technical characteristics while waiting for the first tests, which will be published.

Pixel 6, smartphones that dare everything

As the many photos that have circulated on the web in recent weeks have shown, the Pixel 6 and Pixel 6 Pro stand out from all current smartphones by their design, to say the least original. With their pass-through photo module, the Pixel 6 is sure to create a certain divide among potential buyers. Indeed, their glass back sports a black photo block that spans the entire width of the smartphones. By the way, this allows Google to innovate by attempting two-tone backs: carbon black/gray and ocean gray/light green. It should be noted that the second duo of shades is only available for the Pixel 6!

The Pixel 6 uses a Google processor for the first time

Second big originality of Pixel 6 and 6 Pro: their processor is not signed Qualcomm! Indeed, they do not ship the Snapdragon 888, like their high-end competitors, but a chip developed by Google called Tensor. It incorporates eight cores, two of which are clocked at 2.8 GHz, two others at 2.25 GHz, and four at 1.8 GHz. It, therefore, competes with the Snapdragon 888. And if the first benchmarks carried out more than a month ago were not very convincing, we will have to wait for our test published next week to find out if the Tensor chip can really work. assert as a serious competitor to Qualcomm’s high-end processor.

For the rest, the two smartphones have the advantage of being completely waterproof, since they are IP68 certified, and of integrating stereo speakers. On the other hand, there is no microSD memory card reader on the horizon. Likewise, we may regret that Google is giving in to the trend of no longer providing an AC adapter. The battery can be recharged with a 30 Watts PD 3.0 PPS compatible wall unit (sold for a few diazines), which should make it possible to regain 50% of the maximum charge in 30 minutes. Finally, note that the screen is protected by a Corning Gorilla Glass Victus coating (Gorilla Glas 6 for the back).

Pre-orders for the Google Pixel 6 and Pixel 6 Pro begin today, through October 27, for availability the next day, October 28.

On the price side, there are higher prices than with the previous generation. The Pixel 6 is offered at $755.52, it is $23.25 more than the Pixel 5. Its big brother, the Pixel 6 Pro, reminds us of the soaring price of the Pixel 4 and is displayed at $1046.59. Let us know how to keep it. On paper, it doesn’t have much to envy the industry leaders, Oppo Find X3 Pro and Galaxy S21 Plus in the lead while being cheaper.