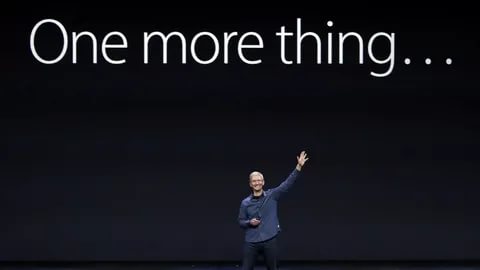 Hi friend. Good news for all the Apple brand lovers. This November 10th, Apple is expected to introduce its next generation of computers like old eras desktops. These new generation computers would be powered by a chip that powers the iPhone and iPad instead of one made by Intel.

This month’s event is supposed to focus primarily on the next coming transition to Apple Silicon in the Mac listing, where Apple has promised its users about their first Apple Silicon machine would be introduced before year-end.

Apple has announced the “One More Thing” tag line for this event on November 10th, which will see the company announces its first Mac computers that run on Apple Silicon chips instead of the Intel processors that Apple has used since 2005. The language is particularly noteworthy: the “One More Thing” tag line has been long used by Apple — more prominently by former CEO Steve Jobs — for significant product announcements.

While we are aware of some things already included in Apple’s new Mac computers, for example, these new computers would be able to run iPhone and iPad apps, however, there are still many questions unanswered. Like Apple hasn’t declared out how fast their new chips would be when compared to an Intel-powered computer. Moreover, Apple also hasn’t revealed what all changes they will introduce to its desktop and laptop line of computers, although it’s widely expected they’ll be more power-efficient.

All said Apple’s event promises to be fascinating for its users. It would be  3rd of large product bought to light by Apple this fall. This product unveiling would be online due to the ongoing pandemic coronavirus. Worldwide there have been around 46.8 million confirmed cases of Covid 19 more than 1.2 million people have already died from it. Moreover, this event will also become a week later in the ongoing 2020 US presidential election.

The viewers will be able to watch this event live on their Apple TV through the Apple Events app. You can download from the App Store for Apple TV. The other way would be streaming directly from the iOS device via AirPlay. The viewers need to make sure that It is a second-generation Apple TV with the latest Apple TV software or tvOS.