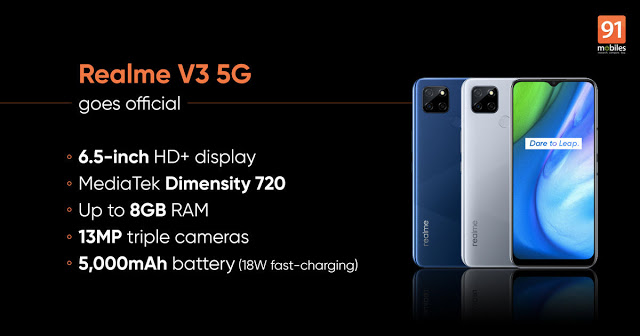 Realme V3 has been launched in three RAM variations and two color variants. Talking about its features, they include:

These are the main features available in Realme V3. It works on an octa-core processor with MediaTek Dimensity 720 chipset. It has dual-band wifi, 3.5 mm audio jack, and type-C charging.

The official date for India launching is yet to be announced. But Realme V3 is already gaining much popularity and is hoped to set records after its release.