Nokia 8 will launch today: Every information related to price, specification and launch event 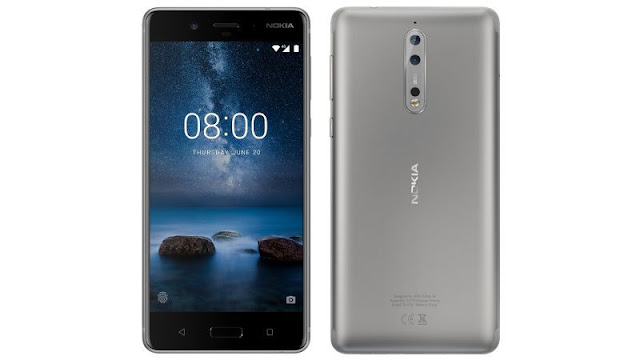 After several months of news and leaks, Nokia will finally launch Nokia 8 in an event on August 16 in London. Nokia’s Android flagship smartphone will be introduced in this event, which will be the most expensive in Nokia’s Android portfolios, so far, Nokia 6, Nokia 5 and Nokia 3 mid-range and entry-level handsets are launched. Along with the launch of Nokia 8, the company will compete with the upcoming big smartphones like the iPhone 8 and the Samsung Galaxy Note 8. Apart from this, smartphones launched in IFA 2017 will also be challenged with Nokia 8, because Nokia 9 may now be time to launch. Do you want to get more information about upcoming Nokia handsets and can not wait till launch? We have gathered all the information, such as price, specification, a feature that has come about this smartphone.

Nokia 8 Price
In a recent report recently, it was revealed that Nokia 8 will cost 589 Euros (about 43,400 rupees). With this price, it is not as costly as Apple and Samsung flagship but definitely, comes into the premium segment. Apart from this, the new tip is less than 749 Euros (about 55,300 rupees). In India, the phone has been revealed to be launched at Rs 44,999. Note that the information on the official price of the phone will be given in the launch event itself.

Nokia 8 DesignNokia 8’s leaked pictures, so far, many times the phone pictures have surfaced on the internet. The vertical dual-camera strip on the phone’s rear looks attractive in these photos, and the overall design of the phone is simple in terms of the flagship. While other smartphone makers are launching Bezel-Less smartphones, Nokia 8’s pictures show that there will be wide bezels, capacitive buttons, and home buttons. The phone’s home button will also work like a fingerprint sensor. The phone will be made of metal body and its most important feature is the camera on the rear, which comes with Carl Zeiss optics.

Nokia 8 has the volume and power buttons on the right side of the smartphone. Previously, the pictures leaked were found to have a 3.5mm audio jack on the right on the phone. While the phone will have a micro USB port that will not come with fast charging. On the launch, Nokia 8 is expected to be launched in Blue, Steel, Gold / Blue and Gold / Copper color variants.

Nokia 8 specification
Talking about the previous leaks, the Nokia 8 will run on Nuga Android 7.1 and it has a 5.3-inch quad HD display. Apart from this, there is also a leak on the Internet about the fact that Android 8.0.0 in a variant of the phone. The phone is expected to have a Snapdragon 835 processor. Nokia 8 can be launched with 4 GB RAM and 64 GB of storage but later it is expected to launch 6 GB RAM and 8 GB RAM variants. Speaking of the camera, the smartphone can have two 13-megapixel rear cameras and a 13-megapixel front camera with Carl Zeiss lens. The dimensions of the phone will be 151.55×73.7 millimeters.