USB-C becomes the only charging port for portable electronic devices 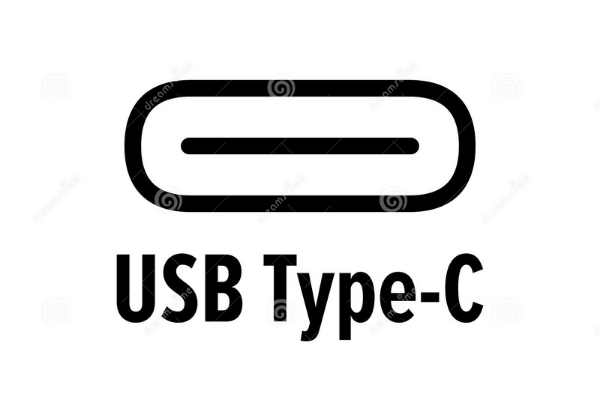 Who has never railed by looking for the specific charger for their smartphone or their game console, dreaming at the same time of a universal charging connector? The problem is well known to the European Commission, which has been working on it with the various manufacturers for more than ten years. But if until now the approach was voluntary on their part, which has all the same already made it possible to drastically reduce the number of charging solutions, the Commission has decided to move up a gear.

It has just published a proposal to revise the directive on radio equipment, aiming to impose a universal charging system, with USB-C connectivity, for certain categories of mobile products: smartphones and tablets of course, but also the cameras, game consoles laptops, portable speakers or the headset. However, other mobile devices such as wireless headphones or connected watches are not affected by this proposal given their small size or their technical specificities.

One USB-C connector to rule them all

In practice, the objective of the European Commission is to reduce the annual expenditure of consumers in terms of chargers, with a target of 250 million euros saved per year, but also to reduce electronic waste by nearly 1000 tonnes per year. (and 180,000 tonnes of CO 2 ). On the consumer side, this should put an end to the problems of incompatible chargers, but also optimize the number of chargers per household according to real needs.

The proposal of the European Commission includes several points. First of all, the charging port will have to be USB-C, known for its reliability and robustness. The few manufacturers who have opted for another port (who said “Apple”?) On their smartphones would therefore be forced to abandon their solution, or at least to add support for USB-C if they want to keep their owner port. It should be noted in passing that the European Commission has not integrated wireless charging solutions in its proposal. More exactly, it leaves the possibility for manufacturers to integrate any wireless charging solution, proprietary or universal. The Commission also intends to standardize fast charging technologies by imposing USB-PD (USB Power Delivery). More precisely, the devices will have to support a “common” protocol, but nothing prevents to supporting additional fast charging protocols.

Smartphones and consoles sold without a charger

Another important point is that the Commission is considering decoupling the sale of the charger from that of the electronic device. Manufacturers will therefore have to allow consumers to buy their products without a charger, even if “alternative” packs combining the mobile product and a (standard) charger remain of course authorized. Manufacturers may, however, continue to offer the charging cable in their packaging, whether the product is sold with or without a charger. It remains to be seen whether the price of the packs “with” and “without” charger will be adapted accordingly, or if the manufacturers will choose more simply to offer their devices exclusively without a charger integrated into the pack, as is already the case at Samsung with its Galaxy S21 or Google with its Pixel 6.

Contacted by us, Oppo does not yet have an official communication on this subject, but the manufacturer has been studying the question for two years already. Currently, Oppo has chosen to continue offering the charger with their smartphones, with fast charging being one of the strengths of their models. A certain amount of technical information will also have to accompany the mobile devices, such as the minimum power required or the support of the standard fast charging protocol, as well as the possible compatible additional protocols.

The proposal to revise the directive on radio equipment must now be adopted by the European Parliament. A transition period of 2 years before the application of the new directives will then allow manufacturers to adapt their offer accordingly. Finally, the European Commission should also review by the end of the year the ecodesign requirements of the shippers themselves to ensure interoperability on their side.