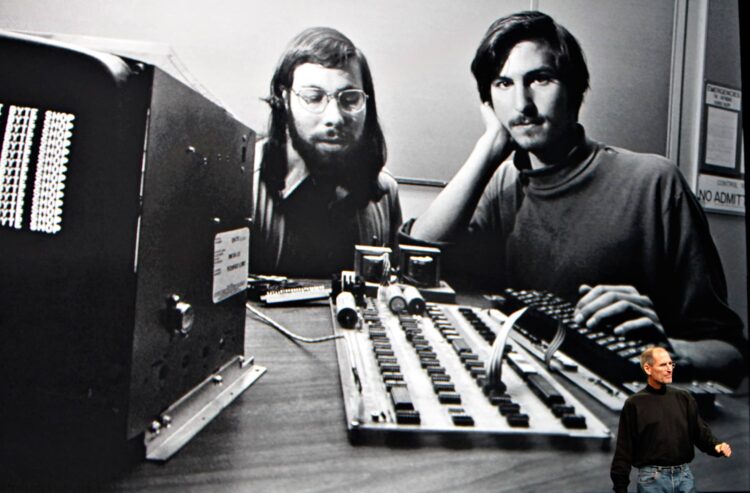 Apple is today ruling the global tech industry and is a giant in the gadget industry. Today Apple is known for its sleek and highly advanced Chromebooks and Macbooks but did you know about the first Apple computer? Apple 1 was the first computer originally built by the company’s founders Steve Jobs and Steve Wozniak. The computer was hand-built by them 45 years ago.

The recently launched and the most advanced Macbook Pro goes up to $6100, but, the 45 years old Apple-1 was sold for $400K recently in an auction in the USA. The computer is one among the 200 built by the company founders during the very start of their company. The computer is encased in Koa wood, and very few of them are built in such a way. The reason is the company’s founder sold Apple 1 as components, and one computer shop has encased some of them in wood.

According to the auction house’s website, it was purchased by an electronics professor at Chaffey College in Rancho Cucamonga, California. He later sold this masterpiece to his student. According to different media houses, the student purchased this computer in 1977 at the price of just $650.Before going to auction, it was expected that it would hit a massive price of $600K.

This is a holy and legendary item for the people who take interest in technology and gadgets. They are the start of a new era of technology and the witness of the transformation of a small company into a 2 trillion dollar giant.

Google Task Mate Is Now in Testing in India for Business, Users Can Earn Money by Doing Tasks