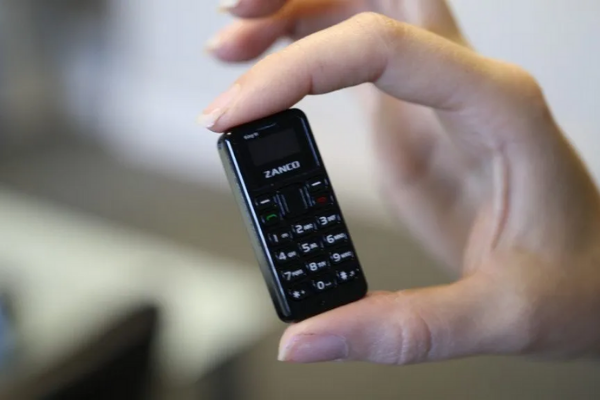 That the market has accustomed us to mobiles being huge is no secret. There we have the Galaxy S21 Ultra with its 6.8 inches, the OnePlus 9 Pro, or the folding ones like the Z Fold 3, without going any further. Huge mobiles where they exist, without a doubt, that have their counterpart. And no, we are not talking about the iPhone 13 mini, but about the Tiny T1 Stilt .

The Stilt Tiny T1 is considered the smallest mobile in the world. It is a little gadget little bigger than a thimble, which weighs only 14 grams and is used to make calls, send messages, and little else. In this article, we will learn more about its history.

Wrapped up in controversy

To know the history of this device we have to go back to December 14, 2017, when Clubit New Media Limited (in a disputed collaboration with Zini Mobiles Ltd, which is the one that produces the phone) published on Kickstarter a project to collectively finance the creation of this peculiar device. Target: $29110.38 to fund the Tiny T1 Stilt. Outcome? $149350.94 raised (more or less).

In three days the company had managed to finance half of the development and in six days it had already obtained the 25,000 pounds requested. Not without controversy, of course. It did not take long to associate this type of device with criminal and illegal use in prisons, something that the company publicly condemned.

There was also controversy over its connectivity. The device only supports 2G and 2G networks are doomed to disappear in 2025. In short, it is a phone with a certain expiration date. In the long run, but it does.

In any case, the Kickstarter did not come to fruition. Zini Mobile issues, delays, and other hurdles ended with Clubit New Media reimbursing all patrons and saying they were disappointed with how it turned out. On December 17 the latest update was posted on Kickstarter and since then, silence. The phone, however, does seem to be available for purchase at certain retailers.

After the fiasco of this Kickstarter, Zanco (this time without Clubit New Media) created another Kickstarter on January 7, 2020, to launch the Zanco Tiny T2. A resounding success: the funding ($ 10,000) was obtained in just one day to end up raising $ 61,024 at the end of the campaign. It is similar, but somewhat more elegant and compatible with 3G networks. For this reason, it is considered the smallest 3G mobile in the world.