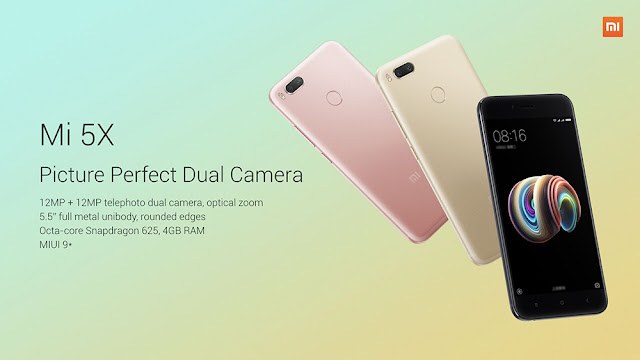 Xiaomi has already prepared to launch one more product in Indian Market. Xiaomi will launch a new series of dual rear camera smartphones on September 5. The company has also informed that it will be the launch of a two rear camera flagship smartphone. The company will organize the event in New Delhi for this. It is likely that the company launch Xiaomi Mi 5X, which was recently launched at an event in China.
In addition to the #FlagshipDualCamera and #XiaomiGlobalLaunch in a tweet of Xiaomi’s Global Account, the date is also mention which is September 5. In the meantime, Xiaomi India has started sending invites to the media for the event. Remember that Manu Kumar Jain, Managing Director, Xiaomi India had already announced that the company will launch the first Dual Camera Smartphone in India in September.
It is worth noting that in a teaser image shared in the tweet, a sensor has been informed about being a bigger opiated than the second sensor. The company has not said anything about the smartphone model. But given the options, the probability of Xiaomi Mi 5X is the strongest.
Remind that the Xiaomi Mi5X was launched in July. It has a 5.5-inch full-HD (1920 x 1080 pixel) display. There is a 2.5D Curved glass protection on it. The company has used the Snapdragon 625 processor in this phone, with the highest clock speed of 2 GHz. The responsibility of making multitasking easier is with 4 GB RAM. Inbuilt storage is 64 GB and if extra memory is necessary, using up to 128 GB MicroSD card will be possible. But like other smartphones of Xiaomi, this phone is also equipped with a hybrid slot.
Now the Camera is the most important feature of Xiaomi Mi5X. Two rear cameras are provided in the handset. Both the sensors are of 12 megapixels. One of them is Wide-Angle Camera and second telephoto camera. Wide angle sensor aperture is F/2.2. Right now, the telephoto camera has an aperture F/2.6. The phase detection will come with auto focus and panorama mode. In this, there is a portrait mode for the Bokeh effect, like the iPhone 7 Plus and OnePlus 5. The front panel has a sensor of 5 megapixels that comes with real-time beautification.
Xiaomi Mi 5X connectivity features include 4G VoLTE, dual-band Wi-Fi 802.11 AC, GPS / A-GPS, USB Type-C port and 3.5mm headphone jack. Accelerometer, ambient light sensor, gyroscope, infrared, magnetometer, and proximity sensor are part of this handset.
Mi 5X comes with the better quality audio output. The latest smartphones of Xiaomi will come with a 3080 mAh battery. Its dimensions are 155.4×75.8×7.3 millimeters and weighing 165 grams.
Xiaomi Mi5X priced at 1,499 Chinese yuan (about 14,200 rupees) in China and it has been introduced in black, gold and pink color variants. In India, this smartphone is expected to be made available at lower price than China’s price.
Share3Tweet2Send