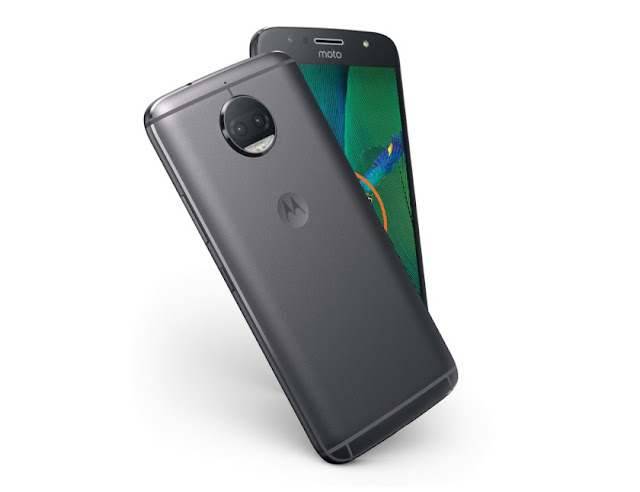 After a great success of Motorola Moto G5 Plus, now Motorola introduce Moto G5S Plus. Moto G5S Plus is the first dual camera smartphone by Motorola, which has dual camera setup at back and it should be 13MP+13MP with an aperture of f/2.0. Motorola will unveil this smartphone on 29th August and the invites were also sent to the press and media’s for an event at New Delhi. “Are you ready to find your focus? New Moto G5S Plus” as invite reads. This smartphone will be exclusively available on Amazon and Amazon also shared a web page teaser on their site. We’re not sure if the company will unveil the Moto G5S along side the G5S Plus as well.
Moto G5S doesn’t have so much change in their design as Moto G5 have but they just added a dual camera at the back and nothing else. In specs, As mentioned on its website it has a 5.5-inch full HD display powered by 2.0Ghz Qualcomm Snapdragon 625 processor coupled with Adreno 506 GPU and having two variant option- 3GB/32GB and 4GB/64GB RAM/Internal storage. It also has a 3000mAh non-removable battery supports fast charging, 6 hours battery life in just 15 minutes of charge. Motorola also mentioned that it can give a full day battery backup in just a single charge.

Moto G5S has a 13MP+13MP dual rear camera with dual tone LED flash light for low-light photography as well as bokeh effect having an aperture of f/2.0, also has an 8MP front camera with LED flash light with an aperture of f/2.0. Along with that it also has some feature in-camera app like Geo-tagging, touch focus, face detection, panorama, auto-HDR and so many other features. Motorola always delivers best camera quality with their single camera in the record so this time they use a dual camera and this is the first smartphone by Motorola which is having dual camera setup.
In addition, they added some features in this device to enhance it in a great manner like in design they make uni-body with a similar design like Moto G5 Plus, in the fingerprint sensor, they added some additional feature like touch to home or can be used to navigate. In sensors, they added proximity sensor, Gyroscope, Accelerometer, Ambient light, and fingerprint sensor. The company also mentioned that they universally unlocked this for all major carriers like AT&T, T-mobile, Sprint, and consumer cellular.

Moto G5S special edition will be unveiled on 29th August and all its major specifications. This device is exclusively available on Amazon, for now, you can only enable “notify me” for this device and once this device will available for sale.