Oukitel WP17 launched with Helio G95 and a large battery 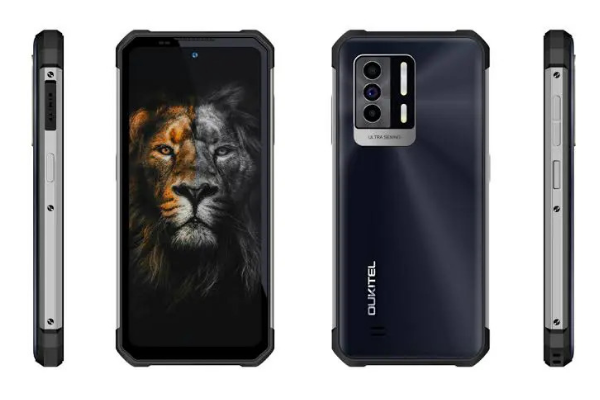 With the Oukitel WP17, an exciting outdoor smartphone went on sale a few days ago. We recently reported on the Ulefone Power Armor 14, which combines a great battery and solid features at an affordable price. Oukitel now wants the competition to look old and has integrated MediaTek’s mighty Helio G95 and even a Full HD display with 90 Hertz in its new model! We summarize all the specifications for you.

In a direct comparison with other outdoor smartphones, it is clear that Oukitel is following an almost identical strategy to Ulefone. The Oukitel WP15 as the predecessor of the WP17 is relatively expensive, around $407.54; it now follows a much cheaper successor with similarly solid specs. Ulefone did the same with Power Armor 13 and Power Armor 14: a more expensive model is followed by a cheaper successor. The new Oukitel WP17 and the current Ulefone Power Armor 14 are about $58.22 apart, so the two models are not entirely comparable.

The Oukitel WP17, also due to the very large screen, is not a very compact smartphone. The dimensions are 176 x 83 x 14.9 mm with a weight of 320 grams. Glass, plastic and metal are used. The only color available is black.

On the front is the screen above, which measures 6.78 inches diagonally and is interrupted by a central hole. The edges of the screen are narrow and the corners of the screen are rounded. This doesn’t necessarily fit the angular design of the case, but it’s all the rage right now. The headset sits above the screen, unfortunately there is no notification LED.

The chassis houses a USB C port and a jack port, which are located under a door. This is intended to improve the robustness of the housing, as water and dust cannot penetrate the connections. Additionally, there is of course an on / off switch with a built-in fingerprint sensor, a volume rocker, and even an assignable button.

The back is made of glossy plastic and looks surprisingly neat and stylish for an outdoor smartphone. The single speaker is located in the lower left corner, on top of which Oukitel places its logo. The camera element, which includes three lenses, two LED flashes, and four infrared lights for night vision mode, is located above.

Despite the aforementioned endorsement, which favors an elegant design with particularly robust materials, the Oukitel WP17 is certified according to IP68, IP69K and MIL-STD-810G. Immersion in water at a depth of one and a half meters for up to 30 minutes should not damage the external smartphone or direct contact with sand and dust.

The heart of the Oukitel WP17 is the Helio G95 from MediaTek; We know this from the Ulefone Power Armor 13. Although the chip does not integrate a 5G modem, it offers more than enough power for everyday tasks and mediocre 3D games. The system should work perfectly in almost all situations: by the way, the Oukitel WP17 is equipped with Android 11.

The Oukitel WP17 is also equipped with eight gigabytes of RAM and 128 gigabytes of internal memory. Thanks to the triple slot, the memory can also be expanded via a microSD card when two SIMs are in parallel.

Compare with the monsters of Ulefone; The Oukitel WP17’s battery is decidedly small: 8,300 mAh compared to 13,200 mAh in the power armor 13. Oukitel still promises a long autonomy: 1,000 hours (41 days) in standby and 65 hours (almost three days) in talk should be possible with a full charge. Charging is done only by cable and with 18 watts.

The Oukitel WP17’s display is gigantic at 6.78 inches, but it can also feature respectable specs. The IPS panel has a resolution of 2,400 x 1,080 pixels (“Full HD +”) and is fast even at 90 Hertz. This is a first for outdoor smartphones in this price range that we warmly welcome. According to the manufacturer, the typical brightness is 480 cd / m².

Oukitel is also surprised by the cameras. The main sensor comes from Samsung and has the somewhat bulky name S5KGW3SP13-FGX9. This is worse than with refrigerators and washing machines. We know that the image sensor has a resolution of 64 MP and is accompanied by a lens with an aperture of f / 1.8. You can record video with the main camera in 4K at 30 frames per second.

Oukitel WP17 The secondary sensor is not an ultra wide angle camera, but an infrared compatible night vision camera. Twenty megapixels come from the Sony IMX350 along with a wide angle lens with an aperture of f / 1.8 and a viewing angle of 78.1 °. The four infrared lights on the camera element should allow clear images even in complete darkness.

The tertiary sensor is much less exciting. It has a resolution of two megapixels (GalaxyCore GC02M2) and should allow macro shots. On the front is a 16 megapixel selfie clipper (Hynix HI1634Q).

Except for the 5G cellular standard, reserved for more expensive models; the Oukitel WP17 has everything you need. LTE forms a complete package, including Band 20, WiFi 5, Bluetooth 5.0, GPS, and even NFC. Oukitel also provides SAR values ​​in the datasheet: head load 0.4 W / kg, body 0.85 W / kg.

The Oukitel WP17 is now available for pre-order. The lowest price is available in the official Aliexpress store of the manufacturer: there you have to pay $246.91, including import costs of 19%. We are confident that prices will stabilize at $209.64 in the medium term.

Let’s assume only $209.59, which is around $46.59 more than what you pay for the Ulefone Power Armor 14. In return, you get a screen with a higher resolution and 90 Hertz, a much more powerful processor, more memory and a true of your own. triple groove. You just have to do without wireless charging, the notification LED, and the bigger battery. Our reviews should show which of the two outdoor smartphones has a better figure in practice.