Huawei Nova 9 and Nova 8i, first impressions: this is what the new Huawei phones offer after a year of silence 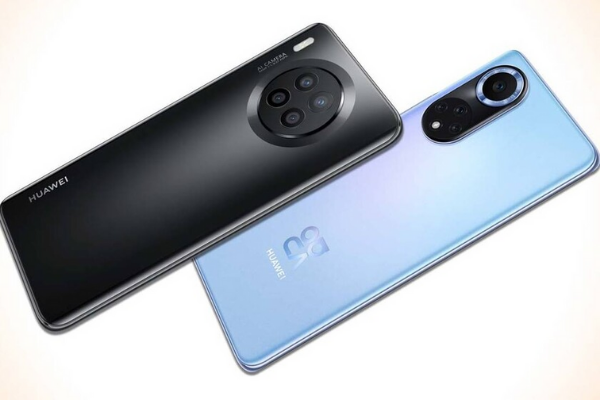 It has rained a lot since the launch of the Huawei P40 and Huawei Mate 40 in our country, but finally, Huawei wanted to return to action.

They are two phones that, curiously, do not come with HarmonyOS as an operating system as we might expect, but have remained traditional by incorporating Android 11 with EMUI 12 as a customization layer. We sincerely hoped that these new terminals had already integrated Huawei’s software, but it seems that we will have to wait a little longer to see it in action. In any case, and in the absence of testing them in greater depth, these have been our first impressions .

The Huawei Nova 9 points ways, but continues with software without Google

Of the Huawei Nova 9 we would like to highlight its pleasant touch and that it does not slip excessively thanks, in part, to its non-slip engraving. We are also grateful that it has an anti-fingerprint coating, which is not perfect, but it does keep most of our fingerprints at bay.

On ergonomics and comfort, say that the Huawei Nova 9 is a phone that feels comfortable in hand, is light, and is easy to handle. We are talking about a device that weighs 175 grams with a thickness of 7.77 millimeters, two favorable data within its design section.

At the back of the Nova 9, that camera module comes into view again, which adopts the same format as the Huawei Nova 8 and which we have also seen replicated in the expected Huawei P50, with two circular modules located vertically in the upper left corner. The presence of the Huawei logo is also repeated, accompanied by the prominent ‘Nova’ typography, tattooed in the lower sector.

If we turn the phone around, we will see a 6.57-inch OLED screen with slightly curved edges. Its resolution is FullHD + and up to here, since all these characteristics remain the same as those of the previous generation. The highlight of this generation is the 120Hz refresh rate, which provides that extra fluidity that we are getting used to in the mid-range of most manufacturers.

At the specification level, the Huawei Nova 9 arrives with the power of its thanks to the Snapdragon 778 4G processor, with a garnish of 8 GB of RAM and 128 GB of storage. And no, it does not have 5G connectivity, as the name of its SoC makes clear. It is no drama, even though 5G is already among us, but it is true that to be about to enter 2022 and seeing that 5G is already in most of the phones that reach our hands, its absence is, how much less surprising.

Be that as it may, the specifications of Huawei’s Nova 9 point ways and, in our experience, we emphasize that it behaves as expected, without any unpleasant surprises, or anything bad that we should comment on. In addition, the custom of using EMUI in a Huawei terminal, makes its use familiar to us, just as we are used to not finding a single Google service inside it. We will have to wait for its analysis to put it to the test.

The Huawei Nova 9 camera system stands out for having four sensors captained by a 50-megapixel main sensor. This comes with a sensor with an eight-megapixel wide-angle lens, a sensor dedicated to reading the depth of two megapixels, and another sensor dedicated to macro, also two megapixels. We once again miss a more usable sensor such as the telephoto lens, although it is true that it is not frequent in the mid-range.

The Nova 8i looks much more modest

Let’s talk now about the other great protagonist of the Huawei presentation: The Nova 8i. The first thing that should be clear is that we are also facing another mid-range phone, but more modest in general lines if we compare it with the Huawei Nova 9 . Its dimensions are very similar to each other, but concerning its design, we highlight that it has a simpler back, although with a camera module that is very reminiscent of the Huawei Mate 40.

It has that circular format, generous in size, and with four lenses that we will talk about later, although we can say that they do not protrude much from the body of the device, something that we appreciate. In this case, the Huawei Nova 8i will be available in two colors: silver pink, and black. On its rear finish, note that it is a great magnet for both light reflections and our fingerprints.

As we said before, the Huawei Nova 8i is a more modest phone in most sections, and we also notice that on the screen. In this case, the terminal mounts a 6.67-inch IPS / LCD panel with FullHD + resolution. Unlike the other model, this one does not have a high refresh rate but stays at 60 Hz.

After testing it, and although, indeed, we have not been able to do it in depth (that will come), the feeling is that the panel has a too low maximum brightness. When we have been using it we have tried to raise the brightness to its maximum intensity and we must say that it was not especially bright. However, we will test this section further under other conditions to see how it affects the end-user experience.

On the section of cameras integrated into that rear circle, it should be noted that we have the usual package that we have found on the road many times. So we have a 64-megapixel main sensor, an eight-megapixel wide-angle sensor, and two sensors, one for depth and the other for macro, with two megapixels each.

Finally, we must talk about the battery. Both terminals have a capacity of 4,300 mAh. It is not the maximum value that we have found in the mid-range of mobile telephony, but we must bear in mind that we are talking about two phones measured in thickness and weight. What we do highlight positively, at least on paper, is the fast charging of both terminals: 66W. Huawei promises that it is capable of charging up to 50% of the Nova 9’s battery in half an hour, but we will see.

As we are facing first impressions, we cannot expand much the camera, performance, or battery sections of these two new Huawei phones. However, we will do so in the future when we have the opportunity to analyze them in greater depth.

The return of Huawei has lights and shadows

Huawei has launched two phones on the market whose features and specifications have a body to stand up to other competitors in the current mid-range. As long as we do not take into account the lack of 5G connectivity, an absence that in the middle of 2021 is quite remarkable, and the lack of Google services.

The price of $522.93 in the case of the Nova 9 and $406.46 in the case of the Nova 8i make them attractive terminals on paper for anyone who does not want to spend a lot of money on a mobile phone. However, the real price to pay in these two new terminals is in the absence of Google services. We will have to wait to see what experience they offer day and day and how Huawei has managed to solve this lack.