Realme C11 launched in India as a low-range smartphone 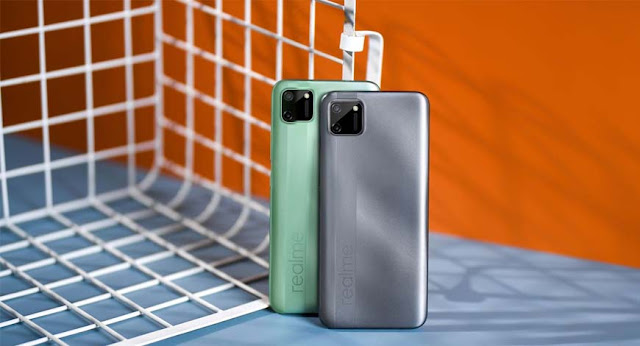 Realme, a child company of Oppo mobiles just expanded its inventory with a new low-range smartphone Realme C11. After performing well with Realme C3, They decided to come up with its new successor as Realme c11. These days the company trying very hard to come up in the market with some great smartphones in every range and with a huge performance. In the previous month, they launched Realme X3 with a magnificent camera having superzoom, which is a successor of Realme X2.

Let’s talk about the current Realme C11 in details, it comes up with a 6.5-inch IPS LCD Display and powered by with a powerful gaming processor i.e., Mediatek Helio G35 and 2GB RAM built-in. It has a storage capacity of 32GB only but there is a hybrid sim slot so that you can insert 2 sims + 1 micro SD slot that supports up to 256GB. In terms of camera, you will get a drop notch at the front with 5MP AI camera and 13MP + 2MP AI Dual Camera at back. To enhance the camera quality Realme used some functions in their camera app like AI Beauty, Filter Mode, HDR, Slo-mo, Super NightScape, etc. 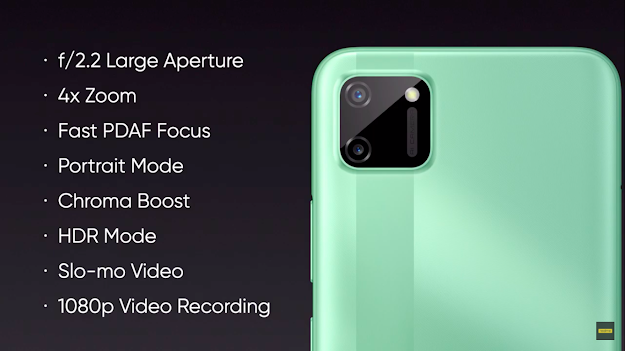 In some detailed specs, its processor runs at a clock speed of 2.3Ghz and its an Octa-core processor. It some basics sensors like Magnetic induction sensor, Light sensor, Proximity sensor and Acceleration sensor. It may come with a fast-charging technology but you will get a basic 5V-2A charger in the box along with a Micro USB cable but they have provided a battery capacity of 5000mAh which can take your phone up for 2 days. The company claims that the phone can stay on standby for up to 40 days in the 5000mAh battery.

It comes with a new Geometric Art Design that looks pretty classic and it’s back camera cutout is pretty similar to Pixel 4. At the bottom side, you can see able to see a micro USB port with a powerful speaker and a 3.5mm audio jack. The company launched this smartphone 2 different colour variants i.e., Rich Green and Rich black.

You can get this low-power packed smartphone at just ₹ 7,499 and the first sale is on 22nd July at 12 PM on Flipkart.com as well as Realme.com. If you gonna buy this phone let us know in the comment and also give us your opinion on this.