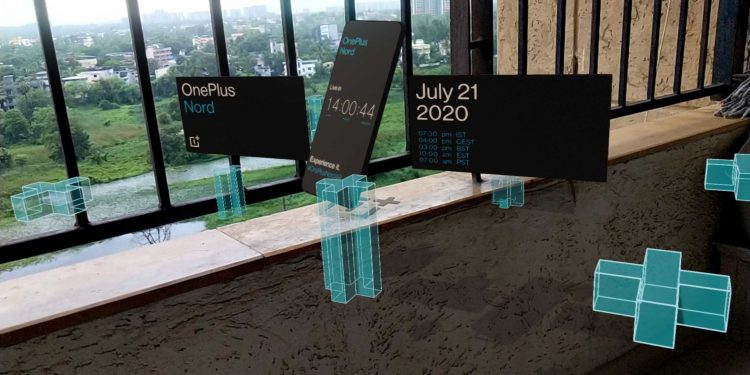 After having a bunch of leaks and teases, the new OnePlus Nord is ready to launch globally today. As well know, OnePlus is a well-established company in the flagship range of smartphones. They have created many successors of their Oneplus One and they all get very well customer support to become a trusted brand. According to the company, this time a mid-range smartphone will be launched by the company name Oneplus Nord.

A few days back, they also listed this smartphone on Amazon as an Amazon Special smartphone. This time one plus has decided to launch in a very different way i.e., AR launch. Oneplus listed an app to google play store name Oneplus Nord AR in which you can watch the launch events live in the AR world, but still, if you don’t have a smartphone that supports AR, you can also watch the live stream right here without any interruption.

In terms of specs, the company already official some of its specs on Amazon. The Oneplus Nord will launch with a Qualcomm Snapdragon 675G processor which is a 5G processor, so it will be a 5G smartphone as well. It has a Fluid AMOLED display, so you will get a better quality display with high resolution. It also got a quad-camera setup which company claims that it’s a flagship-level camera setup with an OIS support, which means you can shoot your videos clear and super steady. In front, they provide a dual camera setup for a better selfie and portrait pictures and in the end, they all will be managed by Oxygen OS, which is completely bloat-free software and managed as per your suggestions.

You may also like: Oneplus is recruiting testers for official accessory

After having all of this info, we can say one thing if one plus can able to launch this smartphone at a lower then this will be the most trending smartphone for a couple of months. Please let us know about your opinion in the comment and stay connected with us here.

Redmi 9A set to launch in India soon – TechieNext