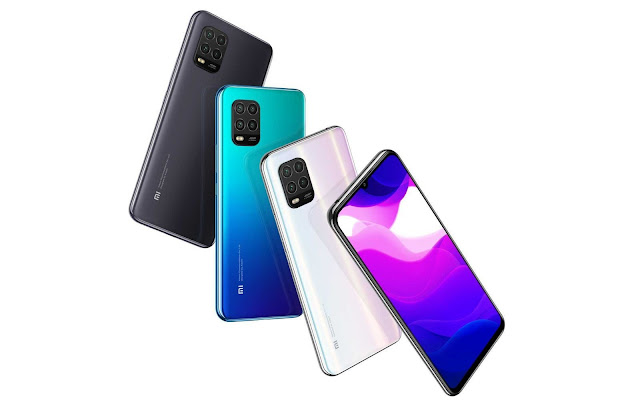 Xiaomi, a Chinese smartphone maker has recently announced its all-new series of  Mi 10 series and in which Mi 10 Lite 5G smartphone which will be a mid-range smartphone in the 5G segment. And being a popular brand in the few years for the features it provides in the price range and had done is a pretty fantastic job. It was their responsibility to announce this phone in a perfect-pocket budget which all the Xiaomi fans are waiting out in the Chinese market as well as globally especially the community and finally, they launched it for €349 which is nearly about 29,190 Indian rupees. 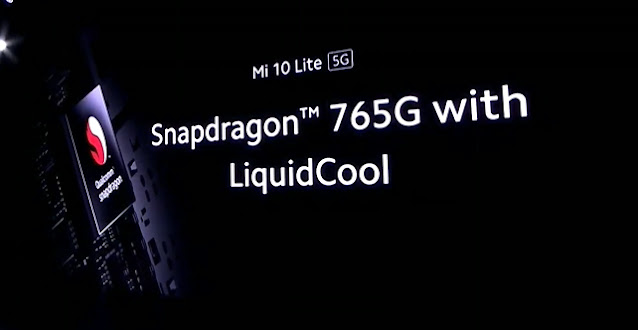 Finally, after the number of leaks Xiaomi announced 2 other smartphones along with the Mi 10 Lite, they are Mi 10 and Mi 10 Pro, both starting price at €799  (66820 Indian rupees) and €899 (75180 Indian rupees). These both of the smartphones are set to launch in the European market first around the first week of May and till now no news about the Indian market launch officially made. After the launch of the Mi Note 9 series, it is well understood that Indian fans are pretty much excited about the launch of Mi 10 Lite.

The Xiaomi 10 Lite smartphone loaded with snapdragon 765G with liquid-cool technology with integrated 5G support for which the consumer will be more interested in getting hands-on over it. It comes with a 6.57inch AMOLED True Colour display with a 16MP selfie camera placed inside the drop notch of the screen. 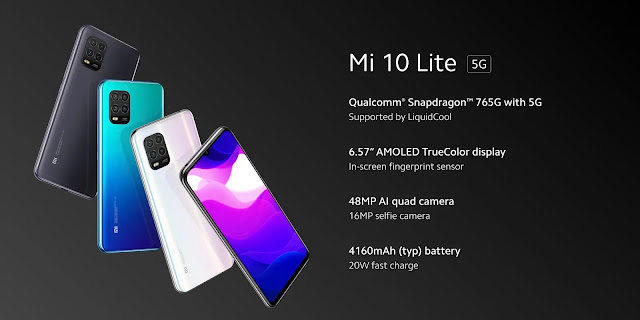 Coming to the Body design, it has quad-camera setup which has a 48MP AI main camera lens, and apart from this other 3 camera specs had not been out yet by Xiaomi, some of the features in the camera app that brings up a light on them especially are AI Dynamic Skyscaping, Show steady, Vlog Mode, 120fps slow-motion video capturing, Night mode 2.0 and last, Pro mode.
The phone weighs around 192gram and thickness of about 7.98 millimeters. It comes with a 4160mAh battery backup with a 20W power adapter that comes in-box.