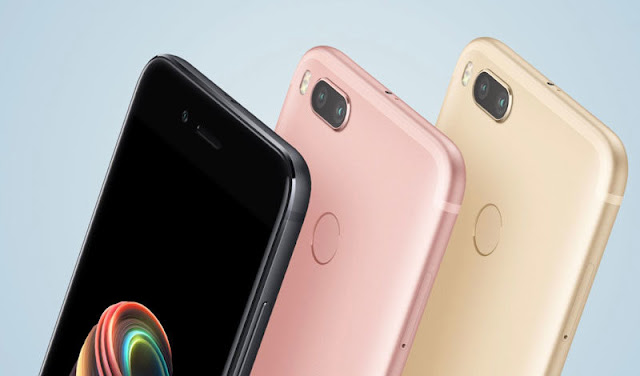 Xiaomi has revealed its first collaborated smartphone with Google, “Xiaomi Mi A1” which is also named as Android One smartphone. This Android One phone is launched at an event in New Delhi. Xiaomi Android One has some similar features and specifications to the Mi 5X which was launched in China. Xiaomi offers some Xiaomi apps in this phone such as Mi Camera, Mi Remote, and Mi Store. Xiaomi promised that they will give timely Android Oreo update and with the guarantee of Android P when it launches next year. Other Google services provided by google in Mi A1 are Google Photos, Google Play Protect, and Google Assistant.

Xiaomi Mi A1 is available on Flipkart, Mi.com and Mi Home Stores from 12 pm on September 12. Xiaomi Mi A1 price in India is Rs. 14,999. Xiaomi offers 300GB addition 4G data from Airtel. Google give a statement and reveal that this smartphone is also available in dozens of countries apart from India, including Taiwan, Vietnam, Russia, Indonesia and etc.

Xiaomi revealed that Mi A1 is manufactured at some place in India and sporting the “Made in India” tag. It is available in variant colors like Rose Gold, Black, Gold color options.

Xiaomi Mi A1 Specification and Features
It is a dual-Nano SIM smartphone which runs on latest Android version 7.1.2 Nougat. Xiaomi Mi A1 features a 5.5” inch Full HD display protected with 2.5D curved Gorilla Glass. It is powered by Qualcomm Snapdragon 625 SoC coupled with 4GB RAM and has an inbuilt 64GB storage capacity that can be expandable via microSD card up to 128GB.Mi A1 coming with dual rear camera module which bears two 12megapixel cameras, with one featuring wide angle lens and having f/2.2 aperture and the other 12MP camera supports the telephoto lens with f/2.6 aperture. Mi A1 has 5MP selfie front camera with a real-time beauty mode. Mi A1 also have Bokeh mode.

Google added a statement, “When we launched Android One in India back in 2014, the goal was to get the next billion people online by providing them with high-quality, affordable phones. Since then, the larger country has told us they value what Android One stands for across a range of phones- a refreshingly simple software experience that is accessible, always fresh and stay ahead of the curve, with improvements to battery life, usability, and of course, security. As phone manufacturers continue to innovate by delivering high-quality devices at accessible price points, keeping the inside of one’s phone innovative, fresh and secure is critical to a great experience. We’re extending our commitment to Android One by working with more partners to build phones that run a software experience designed by Google”.