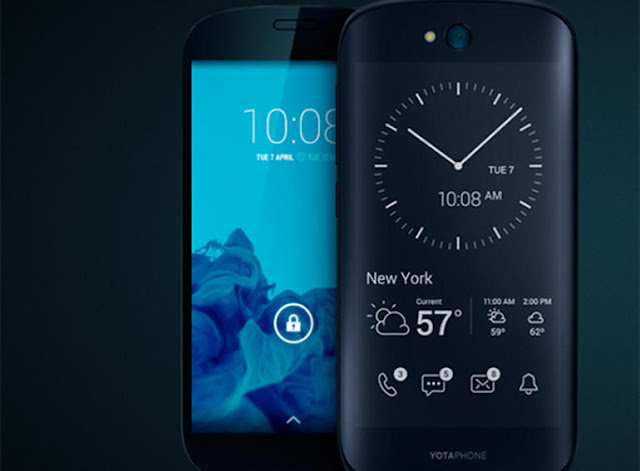 Yota is a Chinese smartphone manufacturing company which launched YotaPhone 2 with the dual screen in 2015. Since that there is a news viral on the internet that they have a planning about to launch it’s Yotaphone 3 with dual screen, and finally this phone was launched today in China and will be available online on Chinese website JD.com. Yota takes a lot of time to launch its next smartphone and everyone is almost forgot about it.

Yota launched its YotaPhone 1 to India on Flipkart exclusive but later on, they didn’t launch YotaPhone 2 in India yet, maybe because it’s Yotaphone 1 didn’t make so much to its sale. They reduced its price around 3 or 4 times but still, they didn’t sell as expected. YotaPhone 2 was launched in 2015 and it seems they will not going to launch this in any condition. However, Yotaphone 3 was also launched in China today, and again there no news about it launch in India.

“YotaPhone features an electronic paper display that would work as a second screen, making it possible to deliver an array of new and improved user experiences,” explains Abdul Karim Sawan, Vice President for Yota Devices. Yota uses a great technology in its devices but that may be later used for users or any other smartphone manufacturing will use this later.

In specs, YotaPhone 3 has a 5.5-inch AMOLED display with a resolution of 1920 x 1080 pixels. The smartphone also has a fingerprint sensor at the bottom on the front, it is powered by an octa-core Qualcomm Snapdragon 625 SoC. Armed with a 3,300mAh battery and it comes with a USB Type-C Connector. It runs on Yota OS 3.0 based on Android 7.1.1 Nougat. It also has Wi-Fi, Bluetooth, GPS, GLONASS and 3.5mm audio jack. In optics, it has a 13MP rear camera with dual tone Flash light and 12MP front light.