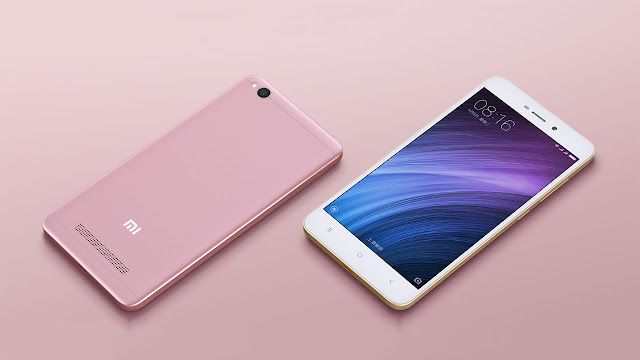 Xiaomi Redmi 4A was launched in March this year. This phone has been selling on Amazon India and Mi.com through Flash Cell. Now Xiaomi India has announced to launch a new 3GB RAM / 32GB storage variant of the Radmi 4A. Redmi 4A’s new 3 GB RAM / 32 GB storage is priced at Rs 6,999. While the original 2 GB RAM / 16 GB variant was priced at Rs 5,999.
Xiaomi India’s Manu Kumar Jain also tweeted that 3 GB RAM and 32 GB storage variants of Xiaomi Redmi 4A will be available from August 31 on several other e-commerce sites including Mi.com. This phone will be available in Flipkart, Amazon India, PayTM and TataCliq and Mi Home. All the specifications of the new variants are the same as the original variants.

Specifications of Xiaomi Redmi 4A

Xiaomi Redmi 4A has a 5 inch HD (720×1280 pixels) display. It features an Adreno308 GPU for graphics with 1.4GHz quad-core Snapdragon 425 processor. RAM is 3 GB. Inbuilt storage is 32 GB, which can increase up to 128 GB via microSD card. Talking about the camera, Redmi 4A has 13-megapixel rear camera with PDAF, lens-system and aperture F/2.2. There is a 5-megapixel front camera with an aperture F/2.2 for selfies. Talking about connectivity, apart from the 4G LTE, this phone has features like Wi-Fi 802.11 B/G/N, GPS, A-GPS and Bluetooth 4.1. Redmi 4A has the accelerometer, ambient light sensor, gyroscope, infrared and proximity sensor. The dimensions of the phone are 139.5×70.4×8.5 millimeters and weighing 131.5 grams. This smartphone has a 3120 mAh battery.
Share3Tweet2Send