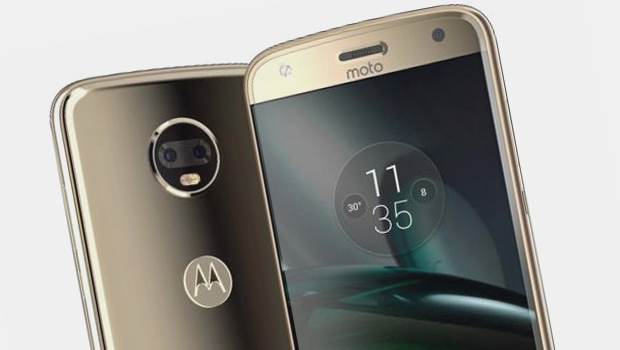 Lenovo’s upcoming Moto X4 smartphone is expected to launch this week on August 24. But now before the official announcement, the pictures of the handset are leaked. Leaked photos show that the Moto X4 will have a shiny rear.

SlashGear made the public first leaked photos of the Moto X4. These photos reveal the design of the smartphone and the dual rear camera setup like the previous leaks is revealed. However, new leaked photos reveal that the smartphone has a bright metallic rear, which makes the previous leaks more glossy than the phones in the photos. Both sensors of round dual camera setup on the rear are given directly below the LED flash.

In addition, MotorolaFans reported that the distributor of an official Lenovo of Iran shared the pictures of the upcoming Moto X4 on Instagram. According to the shared photos, the Moto X4 has a 5.2-inch Full HD display and an octa-core processor that runs at 2.2GHz. The smartphone is revealed to come in 3 GB and 4GB RAM variants and has 3000 mAh battery. The explanation of these specifications has also been revealed in the leak before.

Remind that the Moto X4 is expected to have a Snapdragon 630 processor and Adreno 508 GPU. Smartphones have been launched with two RAM / storage variants – 3 GB RAM / 32 GB storage and 4 GB RAM / 64GB storage. While 3G GB RAM variants are expected in North America, Latin America, and Europe, while 4 GB RAM is expected to be launched in Asian markets.

Talking about the camera, the Moto X4 smartphone has revealed the dual rear camera setup with 12 megapixels and 8-megapixel sensors. On the front, Moto X4 is expected to have a 16-megapixel camera with aperture F/2.0 and 1-micron pixel size. The camera will come with the ability to record videos with 4K resolutions.

The smartphone reveals a 3000 mAh battery, which will support the company’s turbocharging feature. The dimensions of the Moto X4 can be 148.35×73.4×7.99 millimeters and weigh 163 grams. The expected Lenovo smartphone price is expected to be 350 Euros (about 26,500 rupees) in European markets.