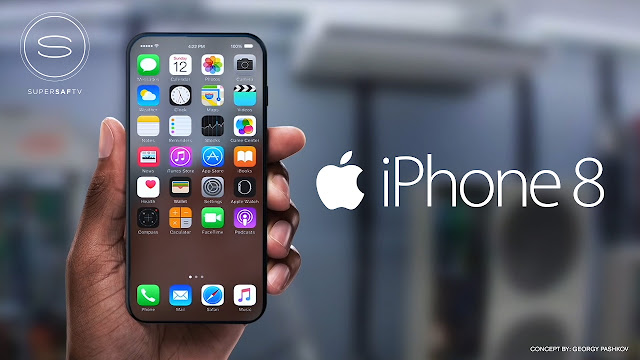 Invites is yet to be set for Apple’s most awaiting event, which to is held on September 12. iPhone 8 is expected to be launched in this event and now continuously leaks and news are coming out, and once again the latest leak has been claimed to know the new price of the iPhone 8 before the iPhone 8 was expected to be worth $ 1,000 (about Rs 64,100). Apart from this, a second report claimed that Apple TV is planning to upgrade the set-top box to the content of 4.

In a New York Times report, the source said that the price of the iPhone 8 will be $999 (around Rs 64,000). It is expected that this price will be off base variants, and the variant of more storage will be worth $ 1,100 (around 70,400 rupees). A report before it was claimed that the price of iPhone 8 is more than $1,000, based storage costs $ 999, and with this price, it will be Apple’s most expensive iPhone so far. Right now, the iPhone 7 Plus’s 256 GB variant is the most expensive and available in the US at $969 (about Rs 62,000). The iPhone 8 is expected to be made available in 64 GB, 256 GB, and 512 GB variants. It has also been claimed in the report that the iPhone 8 will be equipped with facial recognition and wireless charging.

The second report in Bloomberg has claimed that in addition to the new iPhone variants and apple watch, the new Upgraded Apple TV set-top box of the fifth generation will also be present in the September September event. The new Apple TV will have the ability to stream content 4K and will also have a faster processor. Apart from this, Apple is also considering upgrading its TV app to promote the app and launch live streaming.
Apple is expected to have three new iPhone variants or no Apple Watch at the event in September. Apple is expected to be LTE support in the watch. The iPhone 8 is expected to have AR feature, a 3D sensing camera, facial recognition, bezel-less OLED display, vertical dual camera setup, better waterproofing and other features.