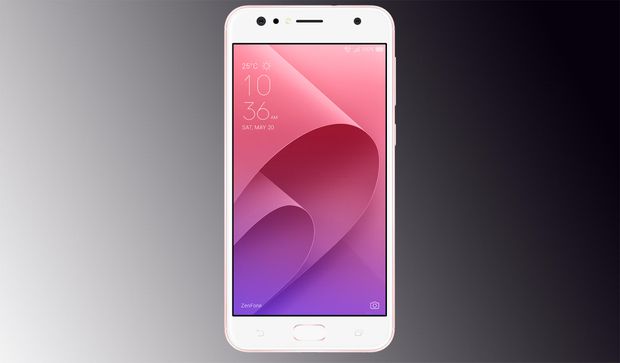 Asus launched four new variants in the new Zenfone 4 series at an event held in Taiwan on Thursday. Zenfone 4 Selfie and selfie pro-two variants were already seen on the company’s site and now the two new variants of dual rear cameras have also been screened by Zenfone 4 and Zenfone 4 Pro. While there are two front cameras in the Zenfone 4 Selfie Family, there are two rear cameras in Zenfone 4 Family. Three of the four smartphones have mid-range processors, while Zenfone 4 Pro has the flagship Snapdragon 835 processor. The four devices run on Android 7.1.1 Nouga, which has been given ZenUI 4.0.

As we mentioned, two variants – Asus ZenFone 4 (ZE554KL) and Asus ZenFone Pro (ZS551KL) have been introduced in the Zenfone 4 series. Both dual SIM smartphones are equipped with aluminum unibody design and come with diamond-cut metal edges. The phone’s home button will also work like a fingerprint sensation and it has a dual speaker design. Both phones have the same dual camera setup – a 12 megapixel Sony IMX 362 ‘dual pixel’ image sensor on the rear whose size is 1/2.55 inches and has 1.4 microns pixels. This camera has been given PDAF, OIS, EIS and an RGB sensor. Pro variants have a laser autofocus and continuous autofocus feature.

The secondary camera is different in both variants – Zenfone 4 is equipped with an 8-megapixel sensor with 120-degree wide angle lens, while Zenfone 4 has a 2x optical zoom lens that comes with a 16-megapixel Sony IMX 351 sensor. Speaking of the front camera, Zenfone 4 has an 8-megapixel sensor with aperture F / 2.0 and 84-degree wide-angle lens, while Zenfone 4 Pro has 8 megapixels Sony IMX 319 sensor, which is the aperture F/1.9 and 87.4-degree Wide-Angle comes with a lens.